Our friend Felicia came to take photos of us in the NICU to put on display at the Just Relax benefit.  Hard to believe this was already over 2 months ago!

We decided right away to not really change anything in the room. Because why try to pretend we are somewhere else? This is our life right now, and it won't be this way forever. It's hard sometimes but that doesn't mean I don't want to remember.

Mark: Are you going to write a blog post again, ever.

Jen: Ohmahgah I know, I really need to. Every time I think about it I get a brain block.

Mark: Yeah, I'm sure you're not feeling very creative. With everything going on...

Mark: Write a blog about that!

Jen: About being tired?

Mark: That, and not feeling very creative.

Jen: it could go something like this: Hello! I am tired and not feeling creative but I haven't posted in a long time so here is some random crap for you to read. Ur welcome.

Jen: You are full of really good ideas. Thanks for your help!

Mark: Well, I'm not sure if you remember but I used to be a writer so I'm naturally full of good ideas.

Jen: You are a bevy of useful information.

Oh, friends. So many updates to give, but so little energy to do so. Soon-ish? I'd promise an actual post soon but I'm afraid my eardrums would burst from the volume of the collective yelling of "BULLSHIT!" that would no doubt ensue.

May I offer you a photo instead? 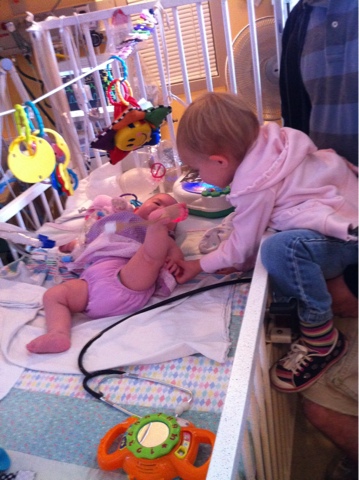 I'm trying to perfect the art of making people uncomfortable.

I really hate small talk and avoid it at all costs.  I've been known to head dive directly into a poison ivy patch or a pile of used hypodermic needles just to avoid an awkward conversation with someone I barely know or haven't seen for years.

It's all, oh hello, I swear I care very deeply about your life, let's engage in small talk for an amount of time that we will both find painfully long but we don't know how to end it without seeming rude and so we talk and talk about stupid shit that neither of us cares about until one of us pretends to get a phone call or hears our moms calling us for dinner or (ideally) one of our kids starts acting like an asshole and we can blame it all on them.

Hate small talk.  And interaction with the general public.

I thought that my hate of small talk could not be stronger than it's previous level of: FIRE: THOUSAND BURNING SUNS (which is the level of hate directly above FIRE: BURNING PEE).  But then I had twins (one not alive, one critically ill) which made me fat and I don't have time to work out and also I love shoving pie/chex mix/nutella into my pie hole* and basically I am fat so people have been asking me the most idiotic things, like, "when will your blog be funny again**" and/or "when are you due?"

I know what you're thinking.  You're thinking we've been over this, ad nauseam, enough already.  (You may also be thinking that a sensible diet and a moderate amount of exercise would keep my ass from expanding to the size of 275 Cinnabons arranged in large circles.)  But I like to drive a point so far into the ground that people just start to agree with me to get me to shut up so here we are.  Talking about how fat I am.  Again.

I've got a point (ish) and that point is that I'm practicing my response to people.   Instead of my normal, "I'm not...it's OK" response, I'm thinking of saying whatever pops into my feeble wittle mind and it goes a little something like this:

Could you be more specific? I mean, don't take that as an unwillingness to share. I love sharing. For example?  I was due for highlights three months ago, so...May 20?  And actually I just dyed my hair because my regrowth was 4 inches long and no matter how many times I sang "I'm bringing regrowth back (yeah) you other boys don't know how to act" it just didn't catch on.

Oh.  That's not what you meant.  Gotcha.  My period is due on September 29.  I've been couponing lately which is awesome because I am, like, soooo stocked up on tampons and I seriously just dare my period to come early or late or whatever because I've got pantyliners to burn and I will wear one every day for 10 days before and after I'm due BECAUSE I GOT A REALLY GOOD DEAL ON  TAMPONS AND  PANTYLINERS AND I DON'T CARE WHO KNOWS IT!  TAKE THAT MENSTRUATION!

What's that?  You're pointing...at my vagina?  Oh, yes!  You're right! I am due for a pap smear...oh shit! I was due in July! But, you know, I am trying to decide which gynecologist I want to see since my old one told me that one of my twins had a huge brain and that I should go in the waiting room and wait until he had time to explain what that meant. Because I waited 40 minutes for my appointment because he is behind and now he is REALLY behind and if you would just stop crying, asshole, and go wait so that all these other eager vaginas can be checked out then that.would.be.super.

And then my other doctor was the one who delivered my stillborn baby and my really sick baby and I don't know, something about going there to take my clothes off and show my 'beave just feels awkward, ya know?  You don't want to whip our your beave and feel awkward.  I prefer to feel awesome when I whip out my beave....and I almost always do, I mean, it's not like I have some problem of feeling awkward or whatever when I whip out my 'beave....

Oh, you mean, am I expecting a baby?  Why yes!  Yes I am!  I am expecting my baby to come home any time now.  Or, you know, on or after today*** because she's been in the hospital since she was born eight months ago and she's got to come home sometime, right?!  BWAHAHAHAHAHA!  You are hilar.  We should really talk like this more often.  I have to go, someone in this room is acting like an asshole and it isn't my kid so it's either you or me.  Can you say toss-up?  TOSS UP!  HA!


*I am conflicted over the use of Pie Hole.  I rarely eat pie.  I can't decide if I should say, for example, "I was shoving nutella into my pie hole" or if I should say, "I was shoving nutella into my nutella hole."  The latter makes more sense to me.  But everyone else just uses Pie Hole without abandon and I am a follower, not a leader.  The internal termoil is almost too much to bear.

**My favorite question, by far.  Probably never is the answer but keep reading just to see!  And keep me updated on my non-funny-ness because that really helps me bring the comedy.  Nothing makes you feel amusing like a backhanded compliment!

***Not entirely true.  It will not be today.  But it will definitely be AFTER today so hopefully that provides the information you so desperately ask for every.single.day.

One Year Ago:  I Seem To Have Gotten My Apetite Back
Two Years Ago:  And So Now I Call Her Stinkfinger
Three Years Ago: 14 Weeks Plus Bonus Freakout